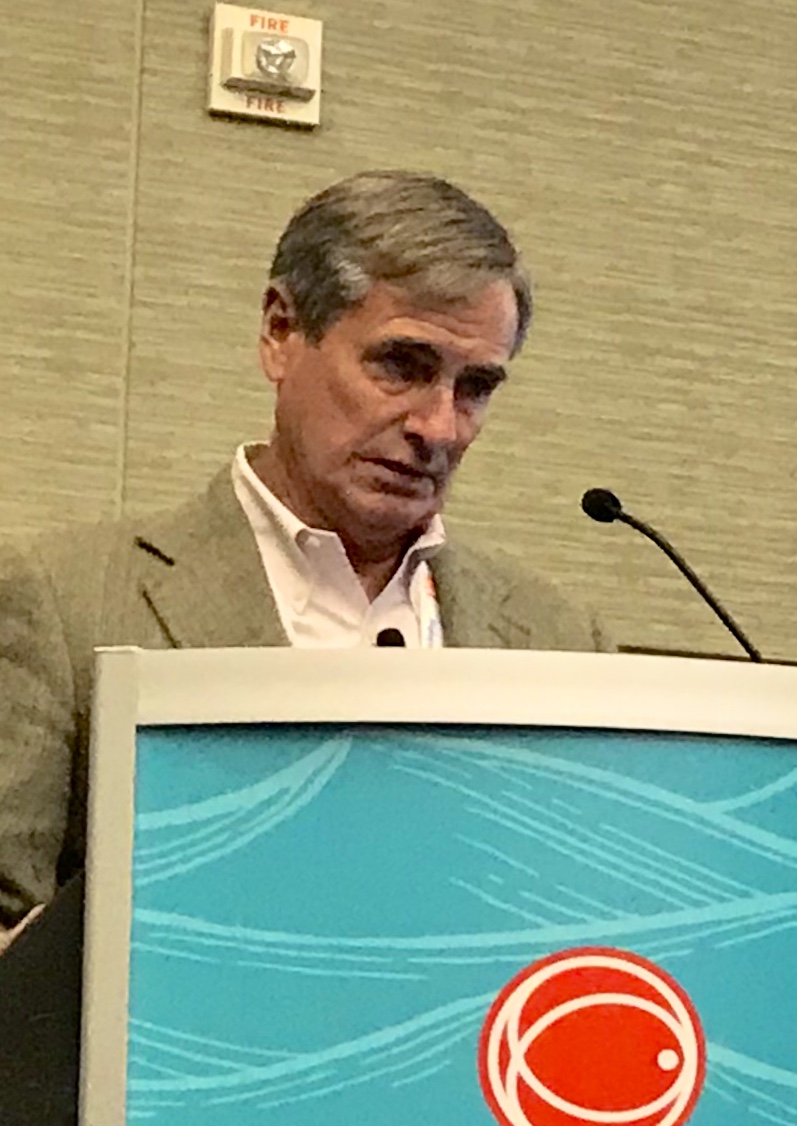 Phil Walsh has been buying and selling seafood since 1978. In addition to serving as Director of Seafood at Kings Supermarkets, Harris Teeter Supermarkets and Stop & Shop Supermarkets, he was Vice President of Seafood at Metro New York Sysco, Porky Products, Wheeler Seafood and Legit Seafood, Inc., a Boston-based tech company whose patented technology makes them the only track-to-source service able to validate supplier’s claims. He has been an adjunct professor at the University of Miami’s Rosenstiel School of Marine and Atmospheric Science for the past ten years, where he teaches a Level 6 graduate course in marketing to master’s candidates in aquaculture. A frequent speaker at industry events, he makes it clear that he abhors fraud of any kind in seafood.

Walsh is married and has four children and six grandchildren. He lives in Washington, D.C. and Coral Gables, Florida, where his interests include time with his family, flats fishing, gardening, and writing.

All presentations by Phil Walsh