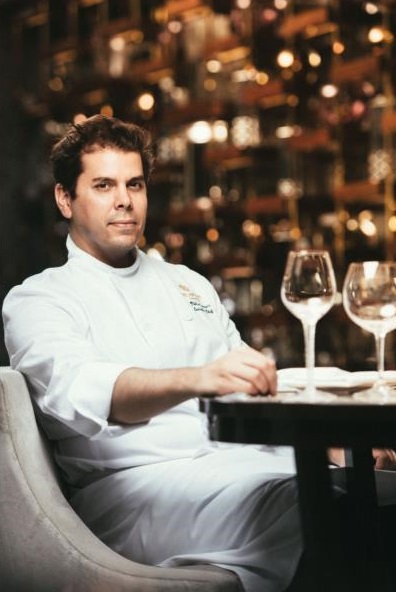 Born in 1976, in San Sebastian, Spain, Chef Pedro Samper acquired fundamental notions and techniques of Spanish and Basque cuisine after finished his degree in environmental chemistry. He began his professional career working alongside of locally most important restaurants in his hometown, as Urola restaurant under the tutelage of Patxi Aizpuru

Pedro is a seasoned culinary professional bringing over 20 years of experience. He was the Executive Chef at “Paradores de Turismo” Hotels and Resorts in Valencia, a luxury resort where he demonstrated his wide-range of fundamental techniques in various types of cuisine.

Making a continental leap to Asia, Pedro has worked in Tokyo under the culinary mastery of Chef Yamamoto at RyuGin (3 Michelin Stars), Chef Honda at Zurriola restaurant (2 Michelin stars) and most recently at Zafran restaurant in Hong Kong to broaden his global palate, proving his capabilities to transform ordinary dishes to extraordinary in kitchens of the highest calibre.

Since June 2015, Chef Samper is the new Executive Chef at The Langham Hong Kong. In this role, Chef Pedro Samper oversees the hotel’s food operations in all western restaurants, including Palm Court, Artesian, The Bostonian, Main St. Deli, and The Food Gallery, as well the events catering department.

All presentations by Chef Pedro Samper